Because when you don’t feel well, you want relief.

If you’re bloated, nauseated or just doubled over in pain like I was, you just want to know: was it something I ate?

How long after eating you feel sick from gluten depends on a few things.

In this short article, I’ll break down:

1. What is causing your symptoms after eating gluten?

It could be one of 3 things happening, and all of these relate to some level or type of gluten intolerance:

Typical symptoms of NCGSS or gluten intolerance are:

Here’s the thing about gluten intolerance: there is overlap of the symptoms with other conditions like irritable bowel syndrome for example.

There’s no 100% for sure way to tell if you have gluten intolerance (yet.) The best you can do is cut out gluten and see if your symptoms go away. This is the method where the treatment confirms the diagnosis.

Check out these 7 Sneaky Signs You May Be Gluten Intolerant! 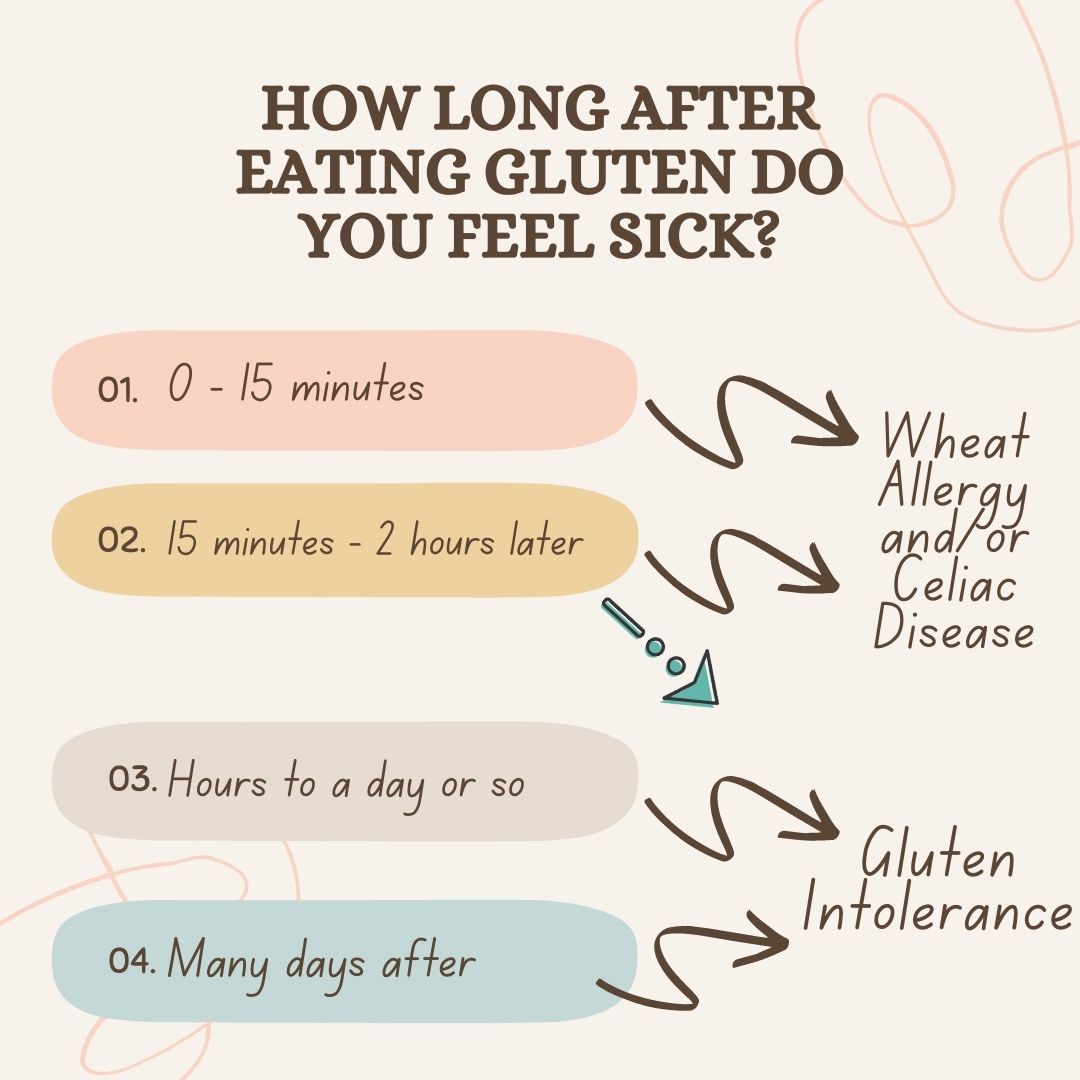 2. How long after eating gluten will you feel sick?

How soon symptoms appear after eating gluten can depend on what level of reaction to gluten you have and if it involves your immune system. These are like levels of gluten intolerance, 1 to 3.

In the case of non-celiac gluten sensitivity, symptoms will arise after a few hours or maybe even days after eating gluten. It’s harder to pinpoint because of the delay.

If I get my nausea, painful bloating and abdominal pain, I can usually look back at my diet and figure out where some sneaky gluten got in!

If you live with a wheat allergy, talk with a trusted health care professional specializing in food allergies.

3. How to get relief from feeling sick, bloated and nauseated from gluten

So I’ve got good news and bad news here.

Good news: it can be prevented, so you don’t have to feel any of those icky symptoms ever again.

Bad news? It doesn’t really help you IN THE MOMENT.

But there are a few things you can try.

When you’re in the middle of a gluten attack, try these tips:

But I gotta tell you: not that much helped me feel better after getting sick from eating gluten. I just had to go to sleep🤷‍♀️

And that’s what made it so awful! Missing out on so much with my kids and hubby because I was feeling bloated from eating gluten.

So for me, NOT getting sick became priority #1. And I figured out how to do it! Go Gluten-Free.

If you want to get started going gluten friendly to prevent getting sick from gluten, check out my cheat sheet: Foods to Avoid for Busy Moms with Gluten Intolerance and get relief now.

I also have a gluten-free and healthy meal plan for download. Check that out here.

How to Get Enough Carbs on a Gluten Free Diet; 3 Easy Steps

Relieve Gluten Bloating with These 7 Steps! 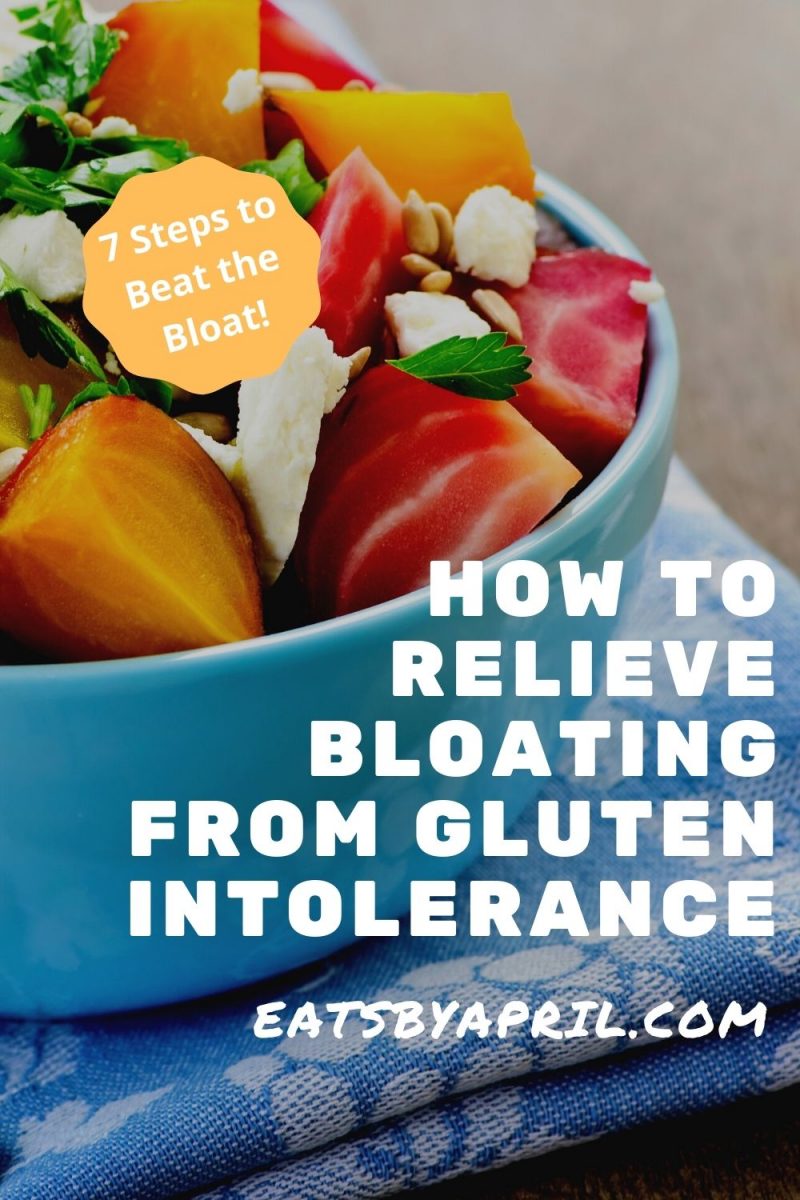